Selective Listening a feature film supported by 09 Rentals has started to win awards during it’s festival circuit and has now been featured with a lovely spread in January’s 2015 edition of Digital FilmMaker Magazine. If you wonder into a newsagents have a flick, it’s a good read! 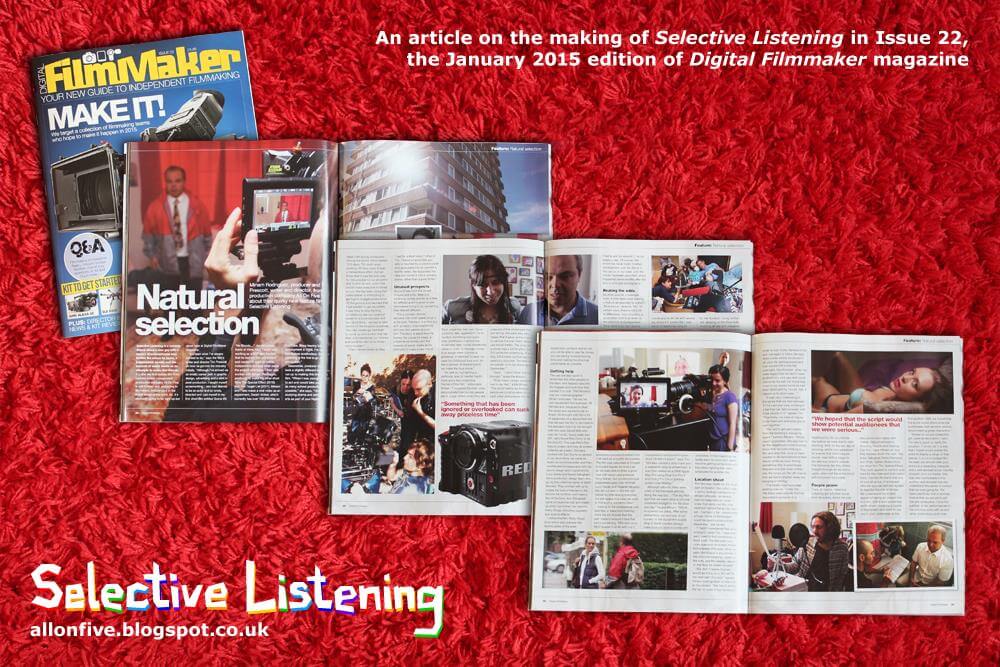 The film used one of our early Red Scarlet-X PL shooting kits before they got upgraded to the Dragon sensor.
It is great to see this truly independent feature getting noticed.

Want to find out more about the film and view the trailer?
Official Website: All On Five
Trailer: Selective Listening Trailer

What 09 Rentals equipment was used on this project?