I had a little personal project the other weekend. It was primarily shot on the DJI Ronin 3-axis hand-held gimbal which feels like it’s getting heavier with each shoot because of the extras I have to put on it to make it functional for a full day’s shoot.
I’m always looking to improve this rig, as I’m sure everyone is who owns a hand-held stabiliser when putting on an Epic with PL glass. Thankfully the guys down at Bright Tangerine were kind enough to let me test one of the pre-production models of their new Misfit Atom. Even though their standard Misfit is light, I can certainly see why they called this one the Atom.
No more need for the heavier matte boxes that hit the top of the gimbal pan motor when you’re trying to get the balance correct, sticking expensive filters on to the end of the lens with tape, or getting terrible pan wobble due to the shade acting like a sail in the wind. This feather light matte box is sturdy, strong and you can even stack 2 filters if you like.
My favourite feature is the removable shade. This makes a tremendous bit of difference when you’re filming out from the top or side of cars.
I also found a nice spot on the Atom where you could velcro a bit of light ribbon underneath that doesn’t flare into the lens, great for a bit of gentle fill. You can just about see it in the photo below. 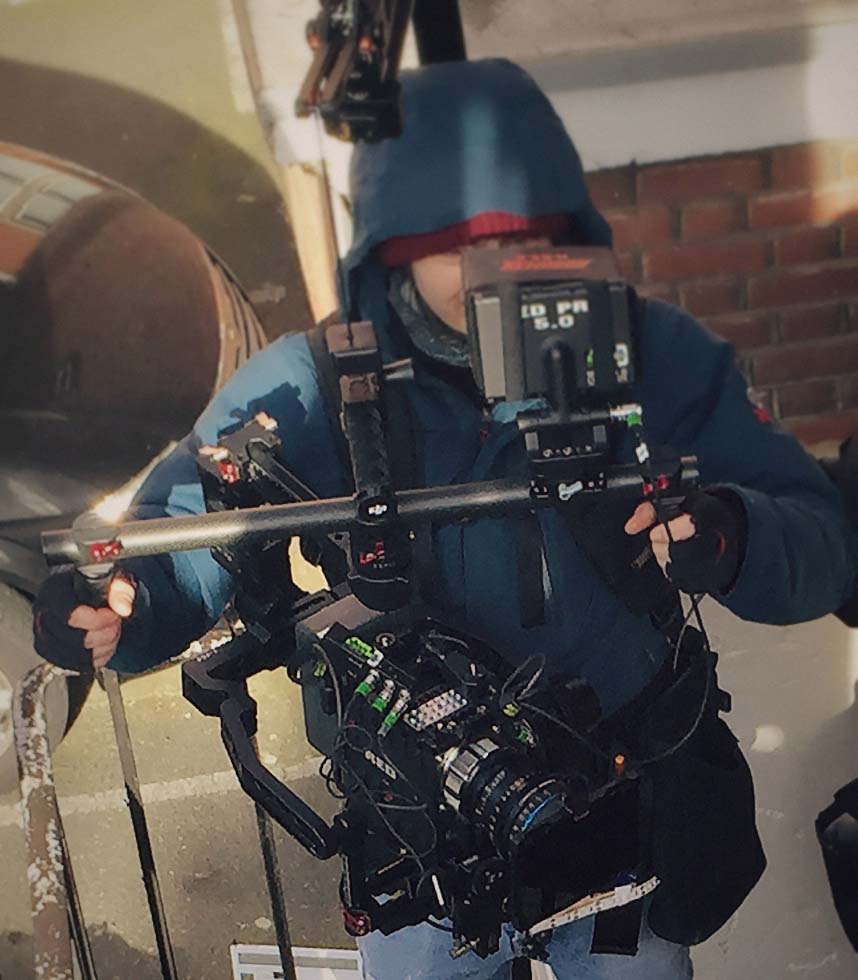 If I could afford a Carbon Fibre Dragon I would, and same goes with a motion mount but I’m always using a bit of glass these days that isn’t ND, so this seems like the perfect solution to get our gimbal rigs even lighter.

I don’t think the Atom is out just yet (March 2015), but keep an eye on it, I hear they are making further improvements on it before they release it.

I know most of you guys are aware of the other gear that helps make our lives better but as a note here are some other items that I think really improve the handheld gimbals:

I also tested out Flowcine’s puppeteer at BVE and that makes tilting on the Easyrig a simple task once again. The 2nd axis looks like it would reduce any further errors with roll.

How did the Atom do? Watch the finished film below: